*I cannot take credit for creating this lesson. I adapted it from a lesson another ETA created a few years ago. The joys of sharing!*

Twice a week, I teach special “Speaking and Writing” classes for the more advanced English students in the second grade. Unlike most of my classes, which I teach from a textbook, I create my own lessons and materials for these two classes. With the dizzying freedom of being able to teach whatever I want, I decided to do a lesson on the United States, complete with a USA Bingo game and a postcard activity. As you will see, my classes are a little too obsessed with gambling and Coca-Cola advertisements.

To start the lesson, I played the famous “Fifty Nifty United States” song and then went through a slideshow with 24 of the 50 states. I showed a picture of each state and a picture of something the state is known for–California is known for Hollywood, Florida is known for Disney World, etc. Each student also had a blank bingo sheet with 24 boxes. As I went through the slideshow, the students wrote what each state was known for (“Hollywood,” “Disney World,” etc.) in one of the boxes. To play the game, I called out the names of the states so students could match the state to what it was known for. With typical Bingo rules, 5 in a row meant Bingo. The game itself took only a few minutes, but the slideshow seemed to make an impression for the second part of the lesson.

Although the students enjoyed the game, we all had much more fun with the writing activity at the end. I handed out pieces of paper and asked my students to write me a postcard as if they had visited one or two of the states we learned about in the slideshow. The results, some of which are featured below, are hilarious. 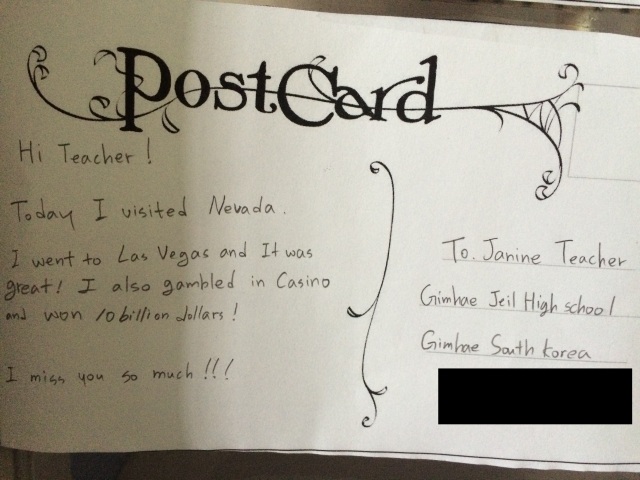 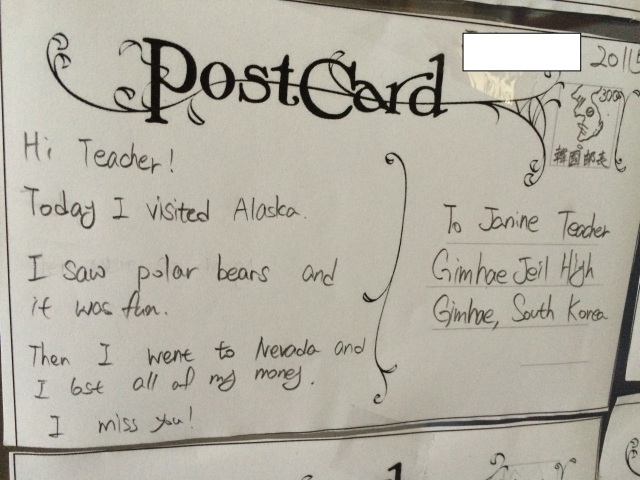 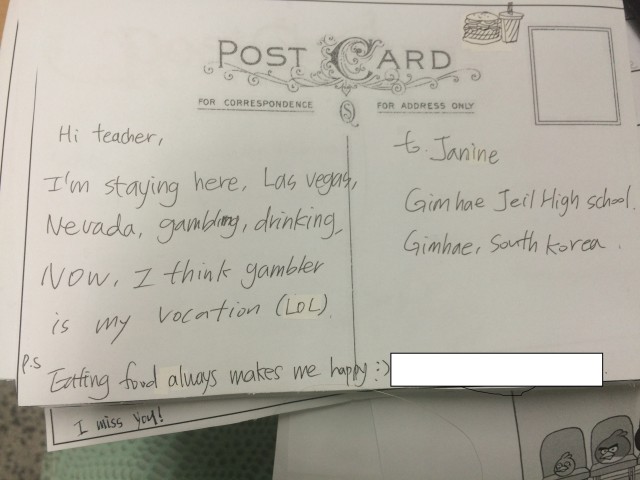 The Student Who Watches Too Many Coca-Cola Commercials 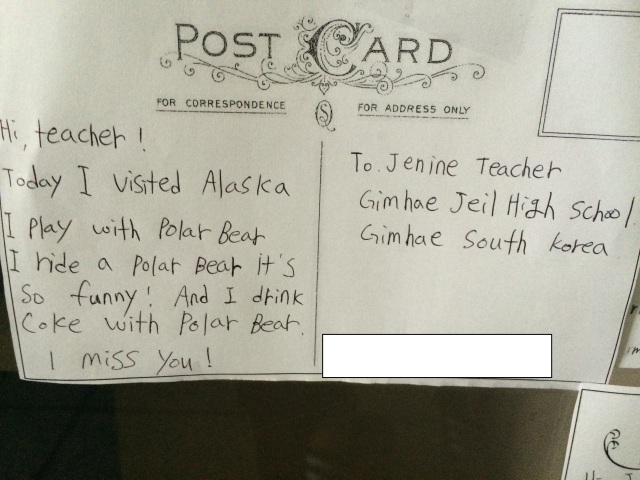 The Student Who Wants Jurassic Park in the US 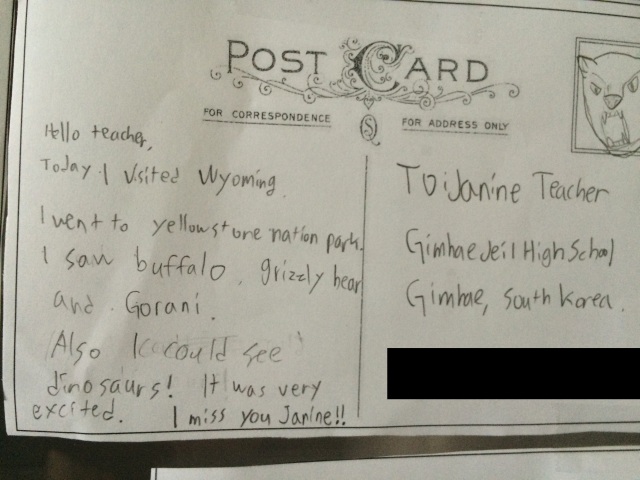 I want to win $10 billion and drink Coke with polar bears! Next week I will do a creative writing project with the Speaking and Writing classes. Stay tuned for updates!

One thought on “Casinos, Polar Bears, and Dinosaurs: A Lesson on the United States”