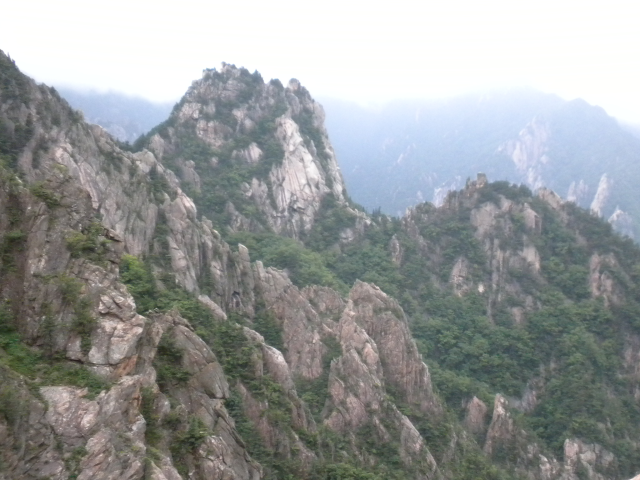 Introduction:
South Korea is a mountainous peninsula in East Asia. A “peninsula” is an area of land that is surrounded by water on three sides. Florida is an example of a peninsula in America. About seventy percent of Korea’s land has mountains, which beautify the land but also present unique challenges to the people who live in Korea.
What makes this environment special or different?:
Korea is the size of the state of Indiana, but it has the population of California (over 50 million people!). Because seventy percent of the terrain is mountainous, Koreans have had to be very creative in order to fit everyone. This means that most people live in cities and share apartment spaces, rather than live in houses. In Korea, geography plays an important role in every day life.What parts of this environment help people to live here?:
While the mountains can be difficult, the seas are very helpful. The East Sea is to the east, the Yellow Sea is to the west, and the Korea Strait is to the south. Koreans, especially those who live in coastal cities like Gimhae, Busan, or Mokpo, eat a lot of seafood! When I walk through the traditional markets, I often see fresh fish, octopus and squid. Seaweed is also popular in Korean cuisine, such as kimbap.

What challenges do people face living in this environment?:
The Korean peninsula has two countries: North Korea and South Korea. North Korea and South Korea have been enemies for many years, and the two countries are separated by a military border called the DMZ. It is impossible to cross from one country to another. That means that although South Korea is geographically a peninsula, it operates like an island because you can’t cross through North Korea to reach China or other countries by land. You can only travel to or from South Korea by boat or plane. This can make travel and trade a little difficult and more expensive.

(NOTE: Lo, my way of explaining 60 years of conflict on the Korean peninsula to an elementary school class. This was the first time I mentioned North Korea in any of my Reach the World articles.)

How have people been adapting to this environment?:
Because of the mountains, most Koreans live in cities. The city centers are built into the flatter terrain, while many of the apartment buildings are built in the mountains. My homestay apartment is partially up a mountain, while my school is next to a different mountain on the other side of the city. To travel between cities, Koreans have paved roads around the mountains and have also developed reliable highways and railroads so that people can travel easily.